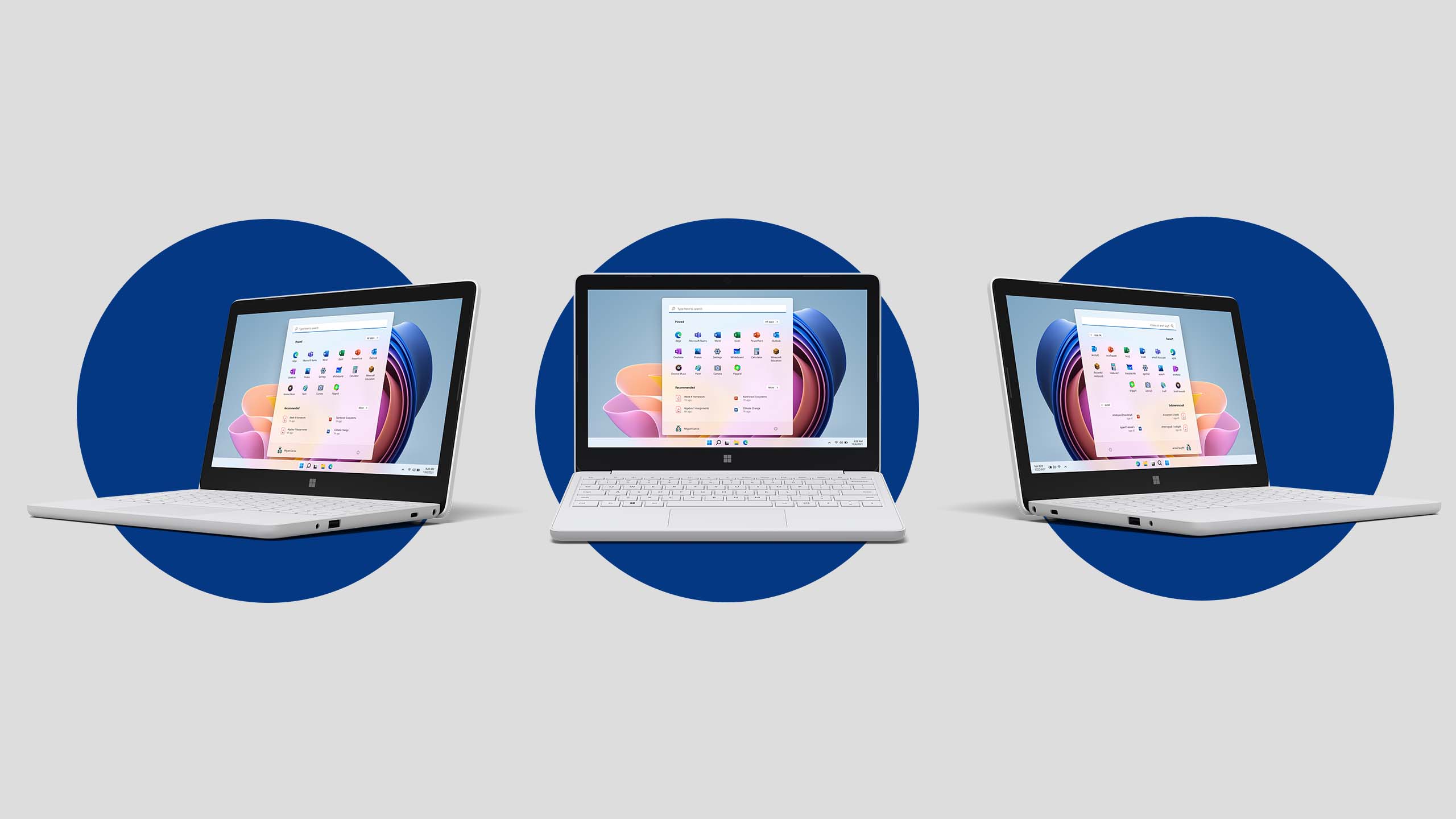 How does Windows 11 SE compare to Chrome OS?

Windows 11 SE is one of the latest operating systems from Microsoft but is designed specifically for the education sector.

The cloud-first operating system has been tailored towards the needs of students in the 6- to 14-year-old age group, therefore mainly primary and early secondary school children.

It is similar to the standard Windows 11, with a few important differences:

1. Completely targeted at the education sector

It is not available to lease or buy by just anyone. Instead, it is only to be sold to schools and academies by Microsoft and registered resellers. Focus groups of teachers and admin from schools have been consulted prior to creating Windows 11 SE, which had resulted in Microsoft prioritizing:

Windows 11 SE is not as restrictive as previous attempts to make the ideal operating system for children. It does allow the downloading of third-party apps; however, this is managed with complete control by teachers using the Microsoft Intune for Education MDM. Apps are also restricted to certain categories that will be beneficial to students’ learning and collaboration. This prevents children from accessing unsuitable content and keeps them safe.

While boasting much of the functionality of Windows 11, there is a more streamlined user interface, with fewer snaps and widgets, apps opening on full-screen mode by default, and most crucially, the limit on what apps can be added.

All of this is done intentionally to create a less distracting interface for pupils who should be focused on their education. The sleek design also creates less of a learning curve for young users.

What Is Chrome OS?

Chrome OS is a Linux-based operating system created by Google. It is also cloud-first, and an alternative to the more traditional operating systems, such as Windows and macOS, created by older manufacturers like Microsoft and Apple.

It is the operating systems powering devices including Chromebooks and other Chrome devices, which are primarily designed to be easy to use and affordable. However, there are higher-end models of Chrome devices on the market as well.

Chrome OS has an extremely pared-down, streamlined user experience compared to other operating systems, as it is designed to be all about speed and simplicity.

What Are Windows 11 SE’s Core USPs?

What Are Chrome OS’s Core USPs?

What Are The Main Differences Between Windows 11 SE and Chrome OS?

While anyone can lease or buy a Chromebook with the Chrome OS operating system, Windows 11 SE is exclusively for the education market.

This highly tailored and directed design necessitates some core differences. Windows 11 SE comes with all the key Microsoft 365 apps preinstalled, so students have Excel, OneNote, PowerPoint, Word, Outlook, Whiteboard, Microsoft Teams etc. However, there is no restriction to Microsoft apps. Teachers will be able to allow the manual installation of apps like Zoom and Chrome. Yet, the students will not be able to install any apps that are not pre-approved. This creates a safe, distraction-free environment,

Chrome OS also has some safety features, especially if users go on to install Google For Education, however, this isn’t a pre-requisite of Chrome OS. Plenty of adults on their own Chromebooks will be using Chrome OS, so all these extra security features come with extra steps.

Online vs Offline Use 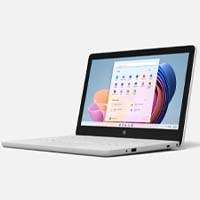 Chrome OS is also far more geared to be used online only, whereas many Windows 11 SE features can be used offline, and the OneDrive will back up the files and sync them later when the pupil is online again.

Chromebooks are extremely affordable, although Windows 11 SE will only be available on simple affordable machines, such as the new Microsoft Surface SE, which is designed specifically to work with Windows 11 SE.

Both Chrome OS and Windows 11 SE have a streamlined design, but the latter has more functionality.

One of the stumbling blocks with Chrome OS is that you cannot run programmes like Photoshop and other heavy-duty software. It has issues of compatibility with apps beyond the Chrome store.

Windows 11 SE is simple and clean with no widgets, only two snap menus and all apps opening full screen. Yet despite its simpler design, it is still Windows and a very high-quality operating system, able to offer Microsoft functionality. The new Widgets section of Windows 11 has also been removed in SE, as Microsoft found it’s distracting in a classroom environment. Microsoft Edge will also be configured to accept Chrome extensions, which is turned off by default on Windows 11.

What Is One To One Computing And Why Does It Matter In Schools?

One to one computing is every pupil having their own device provided by the school.

It allows all students to do their work and homework in and outside of school.

The result is that pupils no longer have to share bulky outdated desktop machines in computer lounges at school but can have a high-quality education and digital tools at their fingertips at all times.

Education has changed and children need a more digitally empowered education. Almost all jobs now necessitate a greater level of digital experience and IT know-how than they did only a few years ago.

The skills market is in a deficit of the right technical skills. Therefore, the government is now realising that they must encourage the start of this education early. Students should be immersed in the digital sphere at an early stage.

As well as delivering digital and IT skills, having a high-quality device and operating system gives students more firepower when it comes to their other subjects. How they research, learn, and submit work is influenced by their device.

Edtech like Windows 11 SE has the power to extend one to one computing in the UK. This is supplying every child with their own device for a better learning environment and one that will be far more equal.

Equality has long been a problem with education since the children of wealthier parents had better access to technology at home for their children’s homework. This gap was exacerbated considerably during the pandemic, and it highlighted the need for one to one computing.

Even beyond the pandemic, one to one computing can help provide a more level playing field with access to learning and studying.

How Is Windows 11 SE Aiding One To One Computing?

Microsoft has created a device purely aimed at primary schools and the early stages of secondary schools, and an operating system to match in the form of Windows 11 SE. Its goal is to allow each pupil their own secure device for educational purposes. One to one computing is at the heart of Microsoft’s strategy. Making a device and operating system for education has many challenges that Microsoft has carefully addressed.

Windows 11 SE has solved these problems for teachers, creating an easy, effective, and safe operating system for education.

Why Are Devices With Windows 11 SE Easier To Deploy For Schools?

The other feature that schools crave is simplicity in acquiring and setting up the devices. With Windows 11 SE this could not be simpler for primary schools.

Authorized Microsoft Surface resellers like Hardsoft are Department for Education compliant and have systems set up specifically for leasing with schools.

Using Microsoft Autopilot, Hardsoft can order the devices for a school, have them fully set up with Windows 11 SE and have them shipped directly to school all with zero-touch remote deployment techniques. Zero-touch deployment is incredibly safe and efficient.

Additionally, Hardsoft can offer training to teachers to get the most out of their new machines and operating systems. 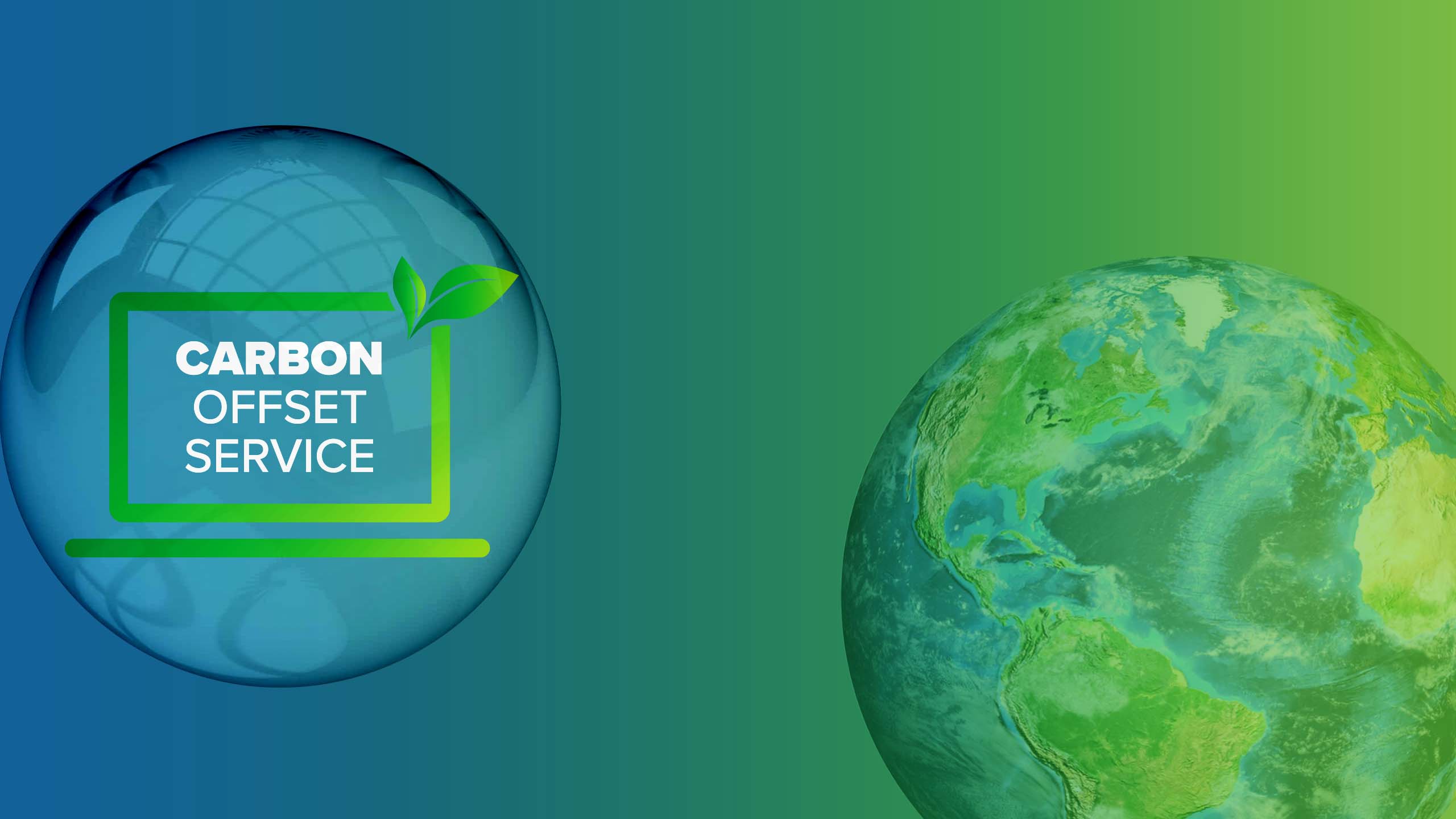 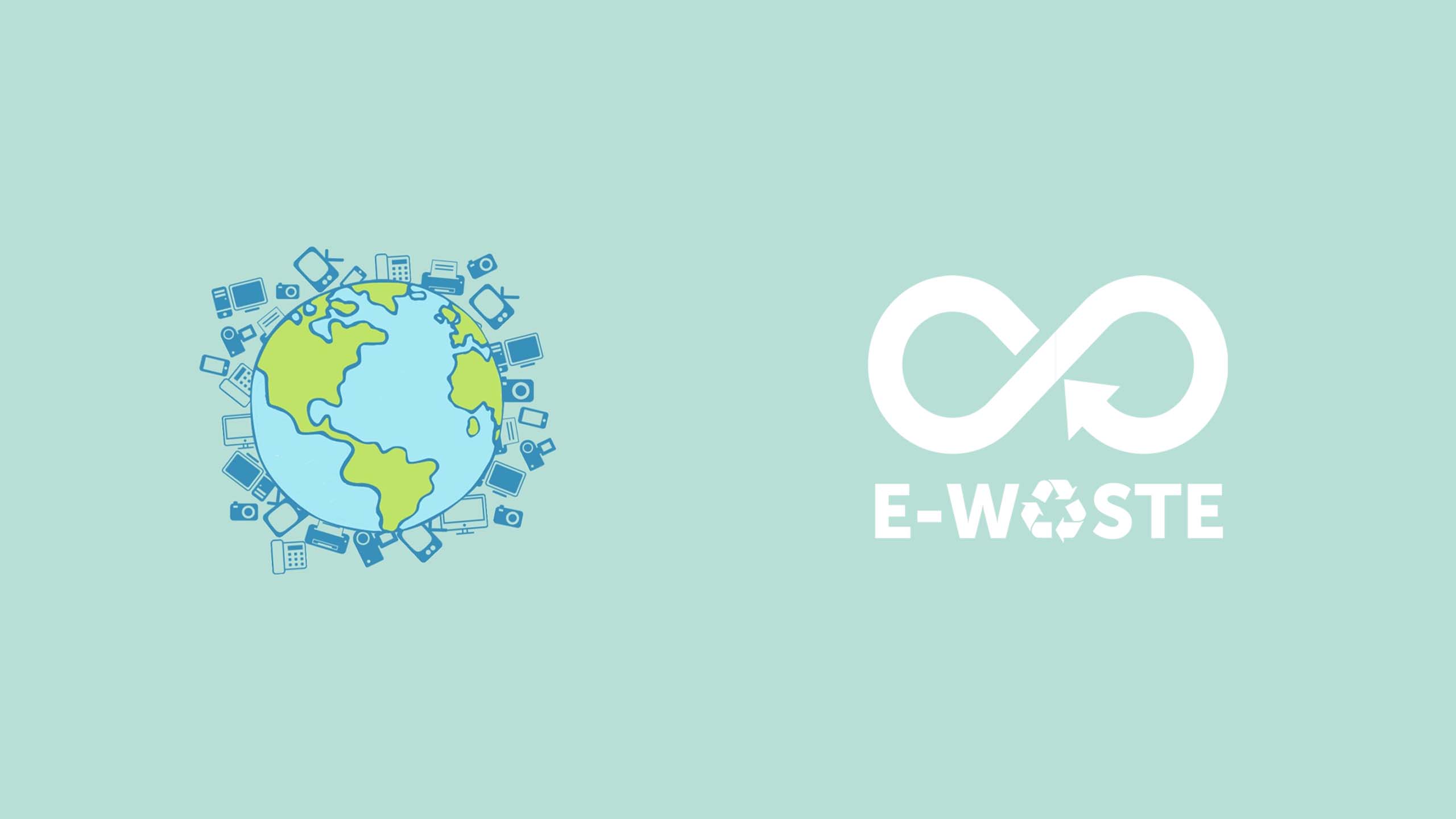 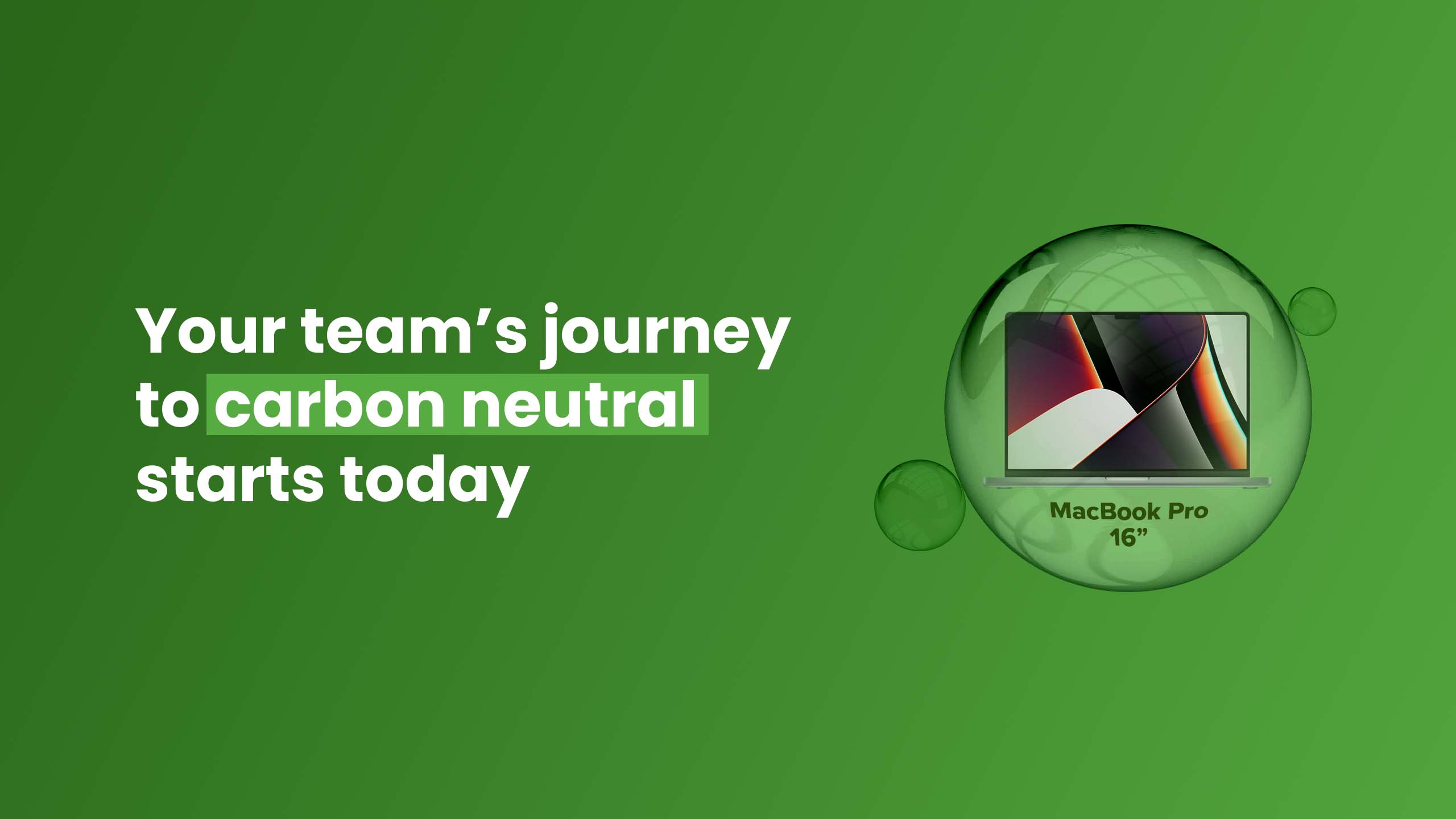